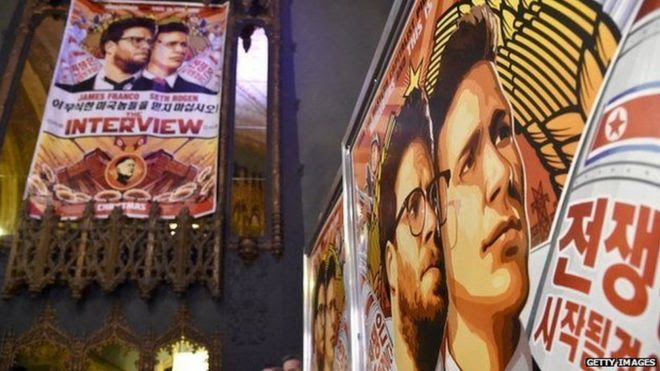 The Interview has now made a total of $11.m (£7.5m) worldwide at the box office
A US judge has granted approval to a settlement of up to $8m (£5m) damages between Sony and employees affected by the 2014 hack of the firm's computers.
Sony agreed to pay current and former staff up to $10,000 (£7,000) each to cover costs related to identity theft.
Hackers "Guardians of Peace" broke into Sony computers in November in an attempt to halt the release of North Korean-focused comedy The Interview.
The US government put the blame on North Korea for the security breach.
Full sign-off for the compensation package was scheduled for March.
The hackers gained access to the firm's network and stole huge amounts of internal information, including emails and copies of films, such as Annie, that had not yet been released.
According to court papers, employees affected by the cyber attack sued Sony in December last year, alleging the company failed to protect the personal information of its workforce.
The settlement agreement calls for a $4.5m (£2.9m) fund to reimburse the complainants, and up to $3.5m (£2.3m) for legal fees. In addition, Sony would provide identity protection to former employees for two years. 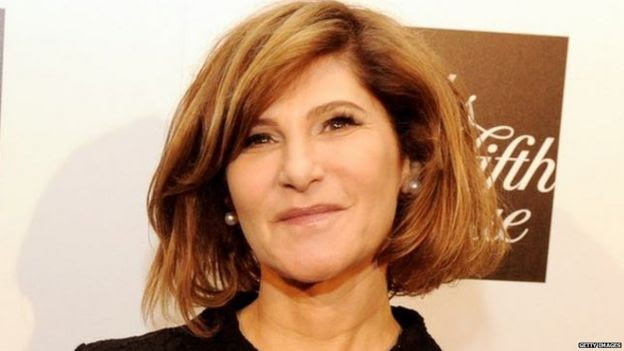 Amy Pascal apologised for her leaked email about President Obama

Following the attack on its computers, Sony cancelled the planned release of The Interview, which depicted the fictional assassination of North Korean leader Kim Jong-Un.
One of the highest-profile victims of the cyber attack was Sony's co-chair Amy Pascal, one of the most powerful women in Hollywood.
Ms Pascal was one of the champions of the film The Interview.
Among her leaked emails was one reportedly commenting on the viewing habits of President Obama in a derogatory manner.
Ms Pascal later resigned after apologising and was replaced by Tom Rothman, a Hollywood veteran, who had previously worked for Twentieth Century Fox and TriStar Productions.
Although Sony did withdraw The Interview before its planned release, it ultimately made it available to view online and allowed it to be shown at some cinemas.
The film made about $15m (£9.6m) through downloads alone over its first three days of distribution in the US.