The Socio-Economic Rights and Accountability Project, SERAP, has rejected the accusation of political agenda by the immediate-past Coordinating Minister for the Economy and Minister of Finance, Ngozi Okonjo-Iweala, saying that “the issue of how over $5 billion recovered Abacha funds were spent under her watch deserves serious attention.”
In a statement on Sunday by SERAP executive director, Adetokunbo Mumuni, the organisation said that, “By making unfounded allegations against SERAP, Mrs. Okonjo-Iweala has provided little more than an unhelpful distraction, which can only serve to undermine genuine efforts to promote transparency and accountability in Nigeria, the country that she claims to love so dearly.”
Last week, Mrs. Okonjo-Iweala described the call by SERAP for her probe over the spending of the Abacha loot as a politically-sponsored action; that SERAP is compromised; that SERAP is a tool for reprehensible, corrupt vested interests; and that the returned Abacha loot was properly appropriated and channelled into roads, electricity, education, water and health across all six geo-political zones of Nigeria.
The response by the organisation reads in part: “As a public trust, SERAP has an important role to play in revealing the discrepancies between the World Bank documents and the clear lack of access of millions of Nigerians to quality education, adequate healthcare, clean water, safe roads and regular electricity supply during the period covered by the documents.”
“If she truly loves Nigeria, Mrs. Okonjo-Iweala should have come out to say exactly how the over $5 billion of Abacha loot was spent under her watch. Trying to dodge responsibility for the spending of our commonwealth or attacking SERAP that is trying to get to the bottom of what happened to the funds is a betrayal of that love. Mrs. Okonjo-Iweala should not be immune from accountability for what happened to Abacha recovered loot just because she is no longer in government.”
“If the aim of these allegations is to bully us into stopping our work to seek accountability on the spending of over $5 billion recovered Abacha loot, then it has failed, as SERAP will never back down in its pursuit of justice in the face of such attack.”
“These new allegations echo those that Mrs. Okonjo-Iweala made against us in March to divert attention from SERAP freedom of information suit on the spending of N30 trillion by the former government of President Goodluck Jonathan. SERAP has fully responded to these allegations. SERAP’s credibility is exemplified by the fact of several awards it has received nationally and internationally including nomination for the UN civil society award in 2008; nomination for the Ford Foundation Jubilee Transparency Award for 2011, and the Wole Soyinka Anti-Corruption Defender Award SERAP received in 2014.”
“As we continue to study the documents received from the World Bank, we have identified 11 questions that Nigerians would like Mrs. Okonjo-Iweala to answer as a matter of priority”.
“First, the World Bank confirmed that of the 51 projects reviewed, 23 were described as “completed”, 26 were at various stages of completion, and 2 were described as “abandoned”. Nigerians would like Mrs. Okonjo-Iweala to show us evidence of the 23 projects allegedly completed, and whether the 26 projects where actually completed; and what became of the 2 abandoned projects.”
“Second, the World Bank confirmed that 6 out of 8 health centres reviewed pertained to physical infrastructure but were not completed. Nigerians would like Mrs. Okonjo-Iweala to explain why these projects were not completed on time, and whether in fact they were completed at all; as well as location of completed projects.”
“Nigerians would also like Mrs. Okonjo-Iweala to explain the letter she wrote to the Ambassador of Switzerland to Nigeria January 9, 2005 that of the 174 health centres built with Abacha funds, 138 were fully functional and that remaining 36 were expected to be commissioned in Janu 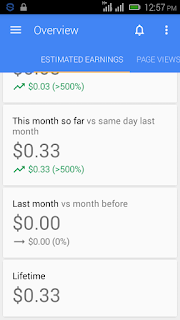