The Court of Appeal sitting in Enugu, Monday, upheld the election of Ferdinand Dozie Nwankwo of the All Progressive Grand Alliance, APGA, as the rightful winner of the Anaocha/Dunukofia/Njikoka Federal Constituency seat of Anambra State.

In a unanimous decision, the appellate court ruled that Dr Okey Eze of the Peoples Democratic Party, PDP, who currently occupies the seat was wrongly declared winner of the election and therefore should vacate the seat forthwith for Nwankwo.

In the judgment delivered by Justice Pemu, the court agreed with the decision of the tribunal that sat in Awka that Nwankwo and not Eze ought to have been declared winner of the election having scored the majority of lawful votes cast in the National Assembly Election held in the constituency.

He told the tribunal that if the votes cast in the election had been properly declared based on the results declared in the polling units, he (Nwankwo) would have been declared winner of that election.

But curiously, he said that the final result which INEC announced, declared his PDP opponent, Dr. Eze, winner of the election, contending that he did not know how the commission arrived at that because the final result of the election ought to be the same as the summary of the calculation of polling units results which was not so in the said election.

Based on this, Nwankwo approached the tribunal which upheld his election prompting Dr. Eze to proceed to the Appeal Court to challenge the decision.

The Appeal Court, in its ruling Monday, however, agreed with the decision of the tribunal which ordered Eze to vacate the seat for Nwankwo.

It was jubilation galore for members of APGA from Anambra State, who besieged the Appeal Court Monday morning to listen to the verdict.

Reacting to the judgment, Nwankwo said that he felt fulfilled, describing the court verdict as “dream come true”.

“I want to thank the Almighty God for today. I feel fulfilled. It is a dream come true and I feel happy.

“The next challenge before me is service to my people which is what we have been praying for and today the Appeal Court has reaffirmed what the lower tribunal said and we are going to work,” he said.

He said that the judgement has confirmed that the judiciary remains the hope of the common man and that the era of impunity was over in the country. 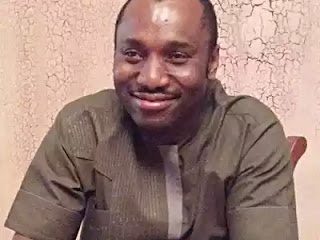