The Peoples Democratic Party, PDP, has taken an early lead from the three Local Government Area confirmed so far. Here is a break down of the three confirmed LGA;

Collection of results is still ongoing.

Meanwhile, The PDP has accused the All Progressive Congress, APC, The Military and INEC for working together to rig elections in Southern Ijaw which was rescheduled due to violence yesterday.


The PDP made this allegation through it’s publicity secretary, Olisa Metuh who posted the following statement on his facebook timeline;

“NEWS ALERT!!!
The Leadership of the Peoples Democratic Party(PDP) hereby alerts all concerned that the Apc and the military have connived to rig the elections in southern Ijaw local government area of Bayelsa state. This rigging is being coordinated by the same major who supervised the killings yesterday. The major has handed most of the sensitive materials to only apc agents to fill and return as results in the evening.
It is on record that APC is yet to win a single local government area. The idea behind this dastardly act is for apc to return an astonishing figure in this largest local government in the state.”

A soldier who is part of the security team in Bayelsa sent the blow message to Abel Abel “Am presently in southern Ijaw. Security is at red alert.” 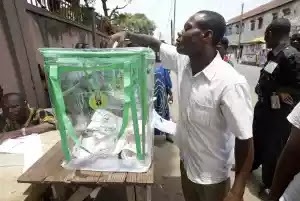