The Abuja Division of the Court of Appeal, on Monday ordered Yanaty Petrochemical Limited, an oil marketing company, to submit itself for investigation by the Economic and Financial Crimes Commission, EFFC, over an alleged N1.8billion petroleum subsidy fraud.
The EFCC had dragged the defendant before the appellate court to set aside the judgment of Justice Adeniyi Ademola of the Federal High Court, Abuja, that all investigations into the alleged petroleum subsidy fraud against the defendant had been concluded.
Delivering the unanimous ruling, Justice E. J. Ekanem said Justice Ademola’s judgment was an undue interference with the statutory power of the EFCC, which basic function, among others, is to investigate economic and financial crimes.
Mr. Ekanem further held that the EFCC had a measure of discretion “to determine whether an investigation should continue, has been concluded or be re-opened”.
Yanaty’s Managing Director, Elias Adeojo, was given approval by the Petroleum Products Pricing Regulatory Agency, PPRA to import 30,000 tons of Premium Motor Spirit, PMS, under the Petroleum Support Scheme in the first quarter of 2011.
The defendant claimed he imported 31,256.992 metric tons equivalent to 42,171,630 million litres in March, 2011 via MT Beaver.
Yanaty purportedly discharged the product at Lister Oil Jetty, Lagos, which is managed by Oando Marketing Plc.
As a result, Yanaty allegedly received the sum of N2,731,942, 103.73 as subsidy for purportedly discharging 42,773,279 million litres of PMS.
However, during investigation, Oando, operator of Lister oil jetty, disclosed that MT Beaver discharged only 10, 187.353 metric tons, which is equivalent to 13, 952.926 million litres) of PMS for Yanaty, as opposed to 31, 256.992 it claimed to have discharged.
Yanaty, therefore, allegedly received the sum of N1.8billion as unearned subsidy from the federal government.
Counsel to the defendant, Michael Anache, had filed a case against the PPRA and its executive secretary before Justice A. R. Muhammed of the Federal High Court, Abuja, seeking a declaration that all investigations against them by law enforcement agencies had been concluded.
Though the EFCC was not joined in the suit before Justice Muhammed, judgment was given in favour of Yanaty.
Also, in an effort to prevent further investigation into its activities, Yanaty, thereafter, filed another case against the EFCC before Justice Adeniyi Ademola of the Federal High Court, Abuja, seeking an interpretation of the judgment delivered by Justice Muhammed.
It urged Justice Ademola to rely on the earlier judgment delivered by Justice Muhammed declaring that all investigations against it ( Yanaty) had been concluded.
However, while moving his plea at the last sitting, counsel to EFCC, Sylvanus Tahir, told the court that EFCC was not joined in the first suit before Justice Muhammed.
“The ruling today is a vindication of our appeal against the judgment of the lower court, which made an order restraining EFCC from further investigation and interrogation of Yanaty and its officials on the grounds that investigation against the company had been concluded.
“We insisted that investigation was ongoing because the case is clear. EFCC started investigation against Yanaty in February, 2012. But while it was subsisting, they surreptitiously filed a case against the PPRA and its former executive secretary, without joining EFCC.
“The core issue in that case was whether the Advance Payment Guarantee, APG, issued by Sterling Bank Plc in favour of PPRA still subsisted or had expired. It has nothing to do with the fact that they had been investigated or that the issue had been concluded.
“Two agencies of government are primarily charged with this investigation: EFCC and the Special Fraud Unit. Yes, the House of Representatives Adhoc Committee on Petroleum (downstream) as well as the Aig- Imokhoude-led Committee did some fact-finding investigations. But, at the end of their investigations, they turned 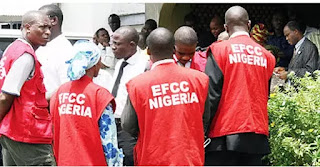