Gabriel stressed that the Saudi regime has been funding mosques known for radicalizing the Muslim population, including in various communities in Europe.

“We have to make clear to the Saudis that the time of looking away is over,” Mr Gabriel, Merkel’s deputy and the head of the Social Democrats (SPD), told Bild am Sonntag newspaper. “Wahhabi mosques all over the world are financed by Saudi Arabia. Many Islamists who are a threat to public safety come from these communities in Germany.”

Wahhabism is a strict version of Sunni Islam that is the official religion of the ultra-conservative state of Saudi Arabia. It is also said to be behind Islamic State’s (IS, formerly ISIS/ISIL) and Al-Qaeda’s extremist ideologies. The Saudis have historically always supported the building of Wahhabi mosques around the world to help the sect gain popularity.

King Salman
In response, the Saudi Arabian embassy in Berlin said in a statement that the nation wants to fight the radicalization of youths. “Like Germany, we are part of the anti-Islamic State coalition and fighting side by side against terror,” it said.

The allegations against Saudi Arabia have been around for some time, but it is rare for a Western politician to speak out against it, as the Gulf State remains a key western ally.

The German media has heavily criticized Saudi King Salman for proposing that 200 mosques be built for the Syrian refugees coming to Germany. This issue gained more traction as Saudi Arabia has refused to accept any refugees from Syria. 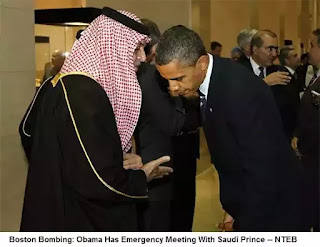