The Nigerian Senate is currently on the verge of illegally buying various brands of exotic vehicles for use by its President, Bukola Saraki, and the 108 other senators, PREMIUM TIMES can authoritatively report today.


Nigerian Senate
Premium Times
The cars will cost taxpayers an estimated N4.7billion that could be spent on vaccinating newborns and save them from dying or on providing electricity for remote communities so kids stop doing school assignments using paraffin lamps.

The upper legislative chamber is buying the vehicles at a time millions of Nigerians are facing severe economic hardship, including nonpayment of salaries.

The procurement is also happening at a time millions of Nigerians are enduring long and humiliating fuel queues across the country because the federal government is too broke to pay importers of petrol several billions in subsidy claims.

Already, the management of the National Assembly has invited bids from contractors interested in supplying the vehicles.

In an advertisement published in some newspapers, including Blueprint of November 20, 2015, the authorities asked the companies to tender for “Lot 1S, Supply of Utility Vehicles”.

The advert, in what appears a deliberate ploy to conceal details, failed to indicate the number, type and specification of vehicles being bought.

In one of the documents, the Senate indicated it was buying 120 units of Toyota Land Cruiser, 2016 model.

Other details of the vehicles included that they must be “American Brand, V8, VXR, 5.7, Auto Engine WITH INTELLIGENCE”.

On November 21, the Senate also put up another advert it labelled “addendum”.

The latest advert under Lot 2S, which was couched to look like an oversight in the first advert, was for the purchase of vehicles for the use of the senate president’s convoy.

Under Lot 2S and based on the tender document, which we have also obtained, the national assembly is seeking to purchase a 2016 modelMercedes Benz S550 for Mr. Saraki.

The spokesperson for the Senate, Aliyu Sabi, could not be reached Saturday to comment on these new procurement as his telephone was switched off the several times our reporter called.

The Director of Information of the National Assembly, Ishaku Dibal, declined to comment on the matter. He said he was driving and couldn’t comment after our reporter put his question to him.

Subsequent calls to his telephone failed to connect.

PREMIUM TIMES carried out a market survey on all the vehicles being bought by the senate and we can confirm that the upper chamber would spend over four billion naira of taxpayers money to enhance their taste for luxury.

Although there are 109 senators, the lawmakers are buying 120 Toyota Land-cruisers. It is not clear where the balance of 11 vehicles would go.

We arrived at our figure of N4.7 billion after computing the cost of the vehicles, 35 per cent duties to be paid, and another 35 per cent levy.

There is also the expected 35 per cent profit margin to be made by each supplier based on the requirements of Nigeria’s procurement act.

Given that the senators propose to buy 120 units of the vehicles, the t 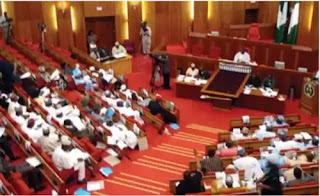