Home Education Do You Think You Are Not Smart Enough To Be Successful? Then Read this

Do You Think You Are Not Smart Enough To Be Successful? Then Read this

I would like to share a story with you about a man, now in his 30’s, who once proclaimed himself as the dumbest person on earth. He struggled from a very early age just to get a passing grade in any subject. When he was only 8 years old, his teacher told his parents he was lazy in general and disruptive overall. This same young boy would struggle with homework to the point where he would break out in a sweat on a regular basis. He proclaimed that he hated school and he hated learning.

Yet, he was always inquisitive, asking questions others had yet to think of and never hesitating to try something new. He could take any task and think of a way to make it better, more time efficient. His mind conjured up some of the most outrageous ideas. All too often, he acted upon them.

When he was 9, he arranged a contest. The winner of said contest would be the boy who threw the most rotten apples into the mail box that stood on the corner. Because…..why not?
There wasn’t a sport he didn’t try; the more extreme the better. By the time he was 15, he had broken both legs, both arms, one hand and had two concussions under his belt. Nothing was off limits for him.

When he was 10, he was blessed with a teacher who was nothing short of outstanding. She listened. She paid attention. It was suggested to his parents that he be tested. His parents were more than eager to take ANY step that would give answers and solutions. He was diagnosed with Dyslexia and ADD. And while his parents were ecstatic there was finally an explanation, there were no good solutions. For the next 7 years, he struggled on a daily basis, even with the help of tutors. At the age of 17, the high school principal, along with his counselors, told him the only option he had left was to quit school. He did.

Shortly after his 18th birthday, he was approached by someone asking him to consider professional modeling. His parents did a thorough check on the modeling agency and a month later, he was on his way to L.A. He enjoyed modeling, but he enjoyed being in music videos and doing sitcom bit parts more.

And then one day, he found himself on the other side of the camera. And he was totally smitten. He couldn’t learn enough and he couldn’t learn it fast enough. Best of all, it was hands on learning. It was all he thought about and all he talked about. For the first time in his life, he was happy. He didn’t know exactly where this path was leading and wasn’t particularly concerned.

Today, he is a successful producer for one of the better known television networks. He is happily married and has a full life.

When he was 21, his sister secretly tutored him audibly and he surprised his family with his G.E.D. He had defied all those who had told him he was a failure.

I am this man’s mother and I broke down in tears that day.

You see, it has nothing to do with “being smart”. It has everything to do with persistence, inquisitiveness and passion. My son never allowed being dyslexic to stop him even though he saw himself as having less than average intelligence.

May you find your passion.

Rae Joudain Share this story as a response on Quora 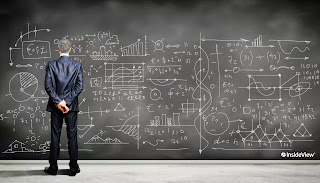