President Muhammadu Buhari said yesterday that the deadline given to the military to end terrorism in parts of the country is open to modification.

Buhari, who was represented by Chief of Defence Staff, CDS, Gen. Gabriel Olonisakin, stated this in Dutse at the opening ceremony of the 2015 annual conference of Chief of Army Staff. Said he, “Let me emphasise that the time frame given should serve as guide and if exigencies of multiple operations across the country requires modification, Federal Government will not hesitate to do so in order to address the flashpoints emerging in parts of the country.

“The Nigerian Army must therefore, develop strategies to address the current challenges facing the country and ensure total elimination of the insurgents.”

He said the Federal Government would assess the present situation and act appropriately in order to end the menace of terrorism in the country. The president said the timeline was only a guide for the military operation.

He therefore, charged the military to develop new strategies to address the emerging challenges in its operations.

His words: “Despite the achievements of the military in combating terrorism in the North East, the challenges of terrorism in other parts of the country remains an issue of serious national concern with the potential to impede our change drive.”

The president restated the support of his administration to the armed forces in ensuring that they delivered on their mandates.

He commended the leadership of the armed forces and the Army in particular, for ensuring professionalism and discipline among its ranks, which he noted, had impacted positively on its operations.

Buhari assured Nigerians that recent gains recorded by the armed forces in the ongoing offensive against Boko Haram would soon restore sanity to the affected areas.

Meanwhile, Olonisakin, during an interview with newsmen, said efforts are underway to ensure full deployment of the Multinational Joint Task Force across the Lake Chad region.

According to him, those countries yet to deploy troops for the Multi National Joint Task Force operations would soon do so. He said recent talks held with the Nigerien Military High Command were geared toward actualising that goal.

The CDS said other countries in the Lake Chad region are all committed to restoring peace to the region devastated by the Boko Haram insurgency.

News Agency of Nigeria, NAN, reports that top on the agenda of participants at the conference would be the Boko Haram insurgency and the issue of human rights 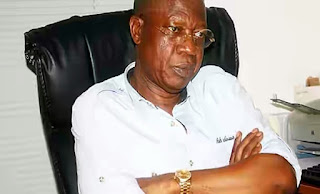