Oil prices are not likely to rebound anytime soon, the International Monetary Fund (IMF) predicted at the weekend, casting a shadow over the prospects of countries like Nigeria which depend on oil exports for the bulk of their forex earnings.
In a report published on its website, the Fund stated that fossil fuel prices are likely to stay “low for long”, adding that notwithstanding important recent progress in developing renewable fuel sources, low fossil fuel prices could discourage further innovation in and adoption of cleaner energy technologies.
According to the report, “Oil prices have dropped by over 60 per cent since June 2014. A commonly held view in the oil industry is that ‘the best cure for low oil prices is low oil prices.’
The reasoning behind this adage is that low oil prices discourage investment in new production capacity, eventually shifting the oil supply curve backward and bringing prices back up as existing oil fields— which can be tapped at relatively low marginal cost— are depleted.
In fact, in line with past experience, capital expenditure in the oil sector has dropped sharply in many producing countries, including the United States.
The dynamic adjustment to low oil prices may, however, be different this time around.” The report noted that the advent of shale oil production has added about 4.2 million barrels per day to the crude oil market, contributing to a global supply glut.
It predicted that shale oil will lead to shorter and more limited oil-price cycles, pointing out that shale requires a lower level of sunk costs than conventional oil, and the lag between first investment and production is much shorter.
The report also stated that other factors such as the projected increase in Iranian exports, the scaling down of global demand (especially from emerging markets), the secular drop in petroleum consumption in the United States, and some displacement of oil by substitutes and the change in the strategic behavior of the Organization of Petroleum Exporting Countries (OPEC), are putting downward pressure on oil prices.
“These likely persistent forces, like the growth of shale, point to a ‘low for long’ scenario, even after the supply legacy left by the high-price era of the 2000s has dissipated. Futures markets, which show only a modest recovery of prices to around $60 a barrel by 2019, support this view”, the report stated. In addition, the report noted that natural gas and coal—also fossil fuels— have similarly seen price declines that look to be long-lived.
According to the report, “coal and natural gas are mainly inputs to electricity generation, whereas oil is used mostly to power transporta-tion, yet the prices of all these energy sources are linked, including through oil-indexed contract prices. The North American shale gas boom has resulted in record low prices there.
The recent discovery of the giant Zohr gas field off the Egyptian coast will eventually have repercussions on pricing in the Mediterranean region and Europe, and there is significant development potential in many other locales, notably Argentina.
-newtelegraph 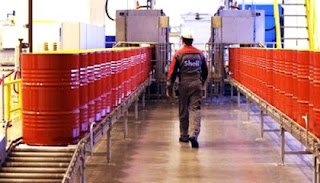