Recently, members of the Oyo State House of Assembly boycotted plenary to express their displeasure over unpaid wages, prompting the state governor, Senator Abiola Ajimobi to intervene in the situation. Though the lawmakers have since ‘called off the strike,’ resuming plenary after some days,.
ON November 19, 2015, the Oyo State House of Assembly became the cynosure of all eyes, following the decision of 20 members of the 32-member assembly to boycott the day’s sitting over unpaid salaries and allowances. These members flipped the lid off a laden disquiet that has burgeoned since the eighth Assembly was inaugurated by state governor, Senator Abiola Ajimobi, on June 10, 2015.
In August, Minority Leader of the House, Honourable Olagunju Ojo, had provided a precursor to the boycott action when he declared that all had not been well with members of the assembly since inauguration. Ojo voiced the lamentation of members over the non-receipt of their running cost allowance, constituency allowance, transport allowance, housing allowance and their salaries. He described what members had, so far, received from government as stipends.
That boycott, however, became full blown with news getting into town that all 32 members of the House had decided to embark on strike a week later. The strike, which lasted only a few days, had shocked watchers of political events in the states, with most of them divided on a development that was considered weird and intriguing.
Though the strike was halted following last Monday evening’s meeting with Governor Ajimobi at his residence, political observers have not ended discussions on what went wrong and whether similar things would not happen in the not-too-distant future given the circumstances that led to the failure of government to honour its commitments on the lawmakers’ allowances and salaries. According to them, the dwindling resources of the states following the decline in the international oil market and continued reduction in allocations accruing to Oyo State was solely responsible for the failure of government to meet the commitments. They added that it was clear that such challenges would arise following the state government’s inability to pay workers’ salaries for over four months until it received a bailout from the Federal Government.
As a result of the biting paucity of funds, state governors recently insisted that they could no longer pay the N18,000 minimum wage. Similarly, the chairman of the Nigerian Governors’ Forum (NGF) and Zamfara State governor, Alhaji Abdulaziz Yari, disclosed at the weekend that governors were faced with the options to either reduce salaries of workers or retrench. These developments, political observers noted, were sufficient reasons the legislature in Oyo State became victims of the trying times though the state government should not have allowed the situation to get out of hand to the point of lawmakers embarking on strike. However, some of the observers questioned the decision of the lawmakers to boycott sitting for days, calling for their sacrifice in the face of dwindling allocation to states, especially since workers were facing the same situation without going on strike.
But some of the lawmakers justified the action, noting that while they had been diligent in the performance of their constitutional duties, to including presence at sittings twice or three times a week aside from oversight functions, the executive failed to fulfill its financial obligations to the legislature, culminating in the low morale among the lawmakers.
According to the members, justified the performance of their duties with the consideration of bills, including the Revenue Administration bill, Self-Accounting bill, bill to repeal Oyo State laws, bill to reconstitute ministries, bill for a law to provide for the Establishment of Oyo State Meat and Abattoir Regulatory Authority and for Connected Purposes. Also, they listed some motions considered at plenary like the one requiring Go 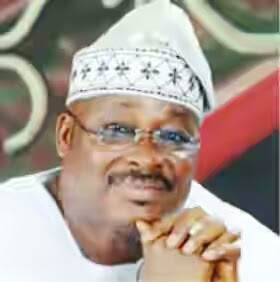