Home news My life is in danger: they may become even more vicious and deadly---Pius Anyim

My life is in danger: they may become even more vicious and deadly---Pius Anyim

My life is in danger: they may become even more vicious and deadly---Pius Anyim

Former Secretary to the Government of the Federation (SGF), Anyim Pius Anyim, has raised the alarm over a perceived threat to his life and property. He has asked President Muhammadu Buhari for extra security.

In a petition over a publication by Sahara Reporters, in which the online medium on December 2, stated that Anyim was under investigation over allegations that he is funding pro-Biafra protests, the former SGF linked it to a sustained media attack on his person.

In the petition Anyim said he was compelled to seek protection from government because of “the desperation that has sustained the evil elements in the last five months could drive them to become even more vicious and deadly.

“I have taken time in the last five months to uncover the masterminds of this dangerous plan and my findings reveal a bunch of touts and hirelings with a track record of dangerous capacity to commit any harm. They operate as a network and recruit other elements, when necessary, to act as their undercover agents.

“They occasionally appear frontal and, at other times, act as if they are faceless. They are well organised and employ multiple strategies to sustain their plans, including blackmail and spurious allegations.

“It may interest Mr. President to note that following my resolve to maintain my decency and absolute faith in God, I have watched their orchestrations unfold in the last five months. I may not need at this point to name the suspected masterminds but I believe that a clear presentation of their mode of operation would provide a useful lead to the investigating authorities.”

He, therefore, urged the government to uncover all the actors in the plan and bring them to book 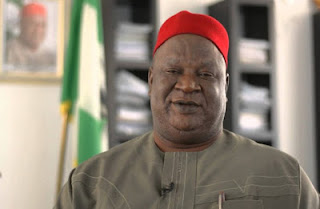