The Israeli Ambassador to Nigeria, Mr. Uriel Palti has stated that Israel will be ready to partner Nigeria in the area of Agriculture, using it as a mechanism in conflict resolution in the Niger Delta.

Ambassador Palti dropped this hint in Abuja during a courtesy call on the Special Adviser to the President on Niger Delta and Coordinator of the Presidential Amnesty Programme, Brig Gen. Paul Boroh (rtd).

In his words: “Israel will like to partner with you especially in two areas; in agriculture, using agriculture as a mechanism in conflict resolution in the Niger Delta (and) vocational training for Youths who require training.”


Israel he said, will explore the possibility of carrying out some joint projects with the Presidential Amnesty Office.

The ambassador, who said he was “really fascinated” by the achievements of Gen. Boroh in the short period he took over the Presidential Amnesty Programme, extended an official invitation for Boroh to visit Israel.

Earlier, Gen. Boroh had briefed the ambassador on the successes achieved in the on-going Reintegration Phase of the Amnesty Programme which include the empowerment of 2,500 delegates (ex-agitators) and the full employment of 400 others.

He said the Amnesty Office had on December 4, 2015, engaged 78 vendors to empower an additional 1,225 Amnesty beneficiaries by the end of the month, noting that the empowerment will lead to the exit of the beneficiaries from the Amnesty Programme which would save the government N955,500,000 annually in stipend payments.

He said those trained and empowered will create employment opportunities in the Niger Delta.

Gen. Boroh said the Amnesty Programme had in the last five weeks visited the governors of Edo, Rivers, Delta, Akwa Ibom and Cross River States, and set up Amnesty offices in those states, while telling the ambassador that the Disarmament, Demobilisation and Reintegration Programme being implemented by the Amnesty Office, is developmental in nature and that it needs partners to succeed.

He said as part of the final phase of the Programme, the Office wants to engage 3,500 of the Amnesty beneficiaries in agriculture, an area where Israel has undisputable knowledge and competence. 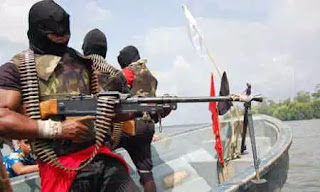