The Nigerian Naira yesterday fell to a record low against the dollar on the black market, according to a report from Bloomberg.

The black market, or parallel, rate fell to 253 per dollar from 246 on Thursday and 222 last month, according to Aminu Gwadabe, president of the Lagos-based Association of Bureau de Change Operators of Nigeria.

That’s 22 percent weaker than the official rate used in the interbank market, which was 198.50 at 5:16 p.m. in Lagos, the commercial capital.

CBN had fixed the official exchange rate at 198-199 per dollar since March after its governor Godwin Emefiele restricted banks’ ability to buy dollars. In June, a ban was planced on importers of about 40 items from obtaining foreign-exchange.

Foreign investors have made several calls for the CBN to devalue the currency and relinquish its strong hold on forex policies.

“The central bank will say they don’t care about the parallel market, but investors are looking,” Gwadabe said.

He said his association has requested a “crucial” meeting with the CBN on Dec. 8 to address the issue.

“If they continue what they’re doing this week, next week will be worse,” Gwadabe said.

Ibrahim Mu’azu, a spokesman for the central bank, wasn’t available for comment. 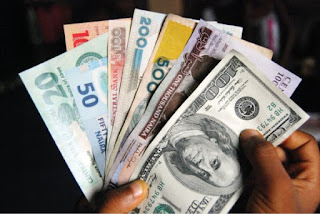