Home news NIGERIA WANTS TO MOVE FORWARD BUT THE CURRENT SENATE ARE DETERMINED TO STAY IN THE PAST.

NIGERIA WANTS TO MOVE FORWARD BUT THE CURRENT SENATE ARE DETERMINED TO STAY IN THE PAST.

I see reasons why the party leadership was opposed to the current leadership of the senate. It was for the now too obvious reasons that the current senate president is all about himself and not for the good of Nigerians.

Throw back to the time when there was a charge against the senate president in the Code of conduct tribunal; the only type of law the 8th Senate talked about was an immunity for senators. This is basically self serving, because right now they need to protect themselves and not Nigerians. After serving as a governor and looting funds or being corrupt, they can now be senators and be shielded with the new immunity they want to serve to themselves, and continue being free till they retire.

Fast forward to today, the senate president has been talked about on social media, yes that’s true but who determines whats false or not, when most of this news out there is from one source “not authorized to speak on the matter?” How do our media outlets thrive in this day and age with this kind of uncivil law? If not for SAHARA REPORTERS, Nigerians wouldn’t have known of such bill. Some senators used to praise these very media outlets so much when they needed their help and now because they investigate and tell Nigerians the truth most of the time, they feel threatened. Even if they are lies, freedom of speech is what Nigerians can at least enjoy even with all the abundant resources we have in this country.

There is what they call LIBEL. The author of a post can be sued for libel or whatever existing laws there is. With their self serving laws, they are going to create an unsafe environment even for just normal friends or people in relationships, because one can tell a friend something and in the end the other party being reported on can win in a law court even if it’s true because most of the times, words reported do not have picture or video proof, you just sight and tell. This is life, this is the current reality. This law will be abused in Nigeria so well that there will be civil unrest.

I hope this sort of law never sees day light. There are other things these people can focus on; there are laws such as trying to unite humans irrespective of their tribe or religion. Nigerian children have a problem of parents accepting partners from other tribes, like a Hausa man marrying an igbo woman. Most Nigerian parents will object; they can fix a law to make sure the parties involved can go ahead with their marriage and seek protection from those tribal sentiments.


If there is anything President Buhari can do about this, I believe he is a JUST man and will do the right thing. We call on him to caution the senate to get to work for the benefit of the citizens, not for self serving purpose.< 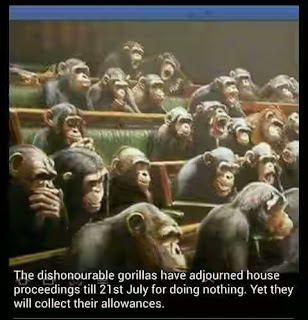