he official launch of PREMIUM TIMES in the United States, Saturday, media and foreign policy experts in the Washington DC corridor urged the Nigerian Senate to reconsider its move to muzzle free speech through passage of the bill to “Prohibit Frivolous Petitions and Other Matters Connected Therewith” which seeks to restrict use of social and electronic media.
Jennifer Cooke, director of Africa Program at the Center for Strategic and International Studies, Baba Adam, a leading Nigerian academic and policy advocate in the United States, Reed Kramer, chief executive and co-founder of AllAfrica.com and other speakers at the event variously described the anti-social media bill as a distraction from urgent issues affecting governance.
In her keynote address, Ms. Cooke called for a policy shift that strengthen media for the purpose of democratic growth, adding that what Nigeria really needs is “media independence because media freedom is evidently pervasive in the country.”
The Bill, which passed a second reading in Nigeria’s Senate on Tuesday, takes pointed aim at freedom of expression and a free press which are protected by Section 39 of Nigeria’s constitution. If passed, it will restrain an estimated 15 million Nigerians who use social media, and 43 million of the 145 million active phone users who use text, instant or twitter direct messaging services according to data from Facebook, the Nigeria Communication Commission, and the 2015 mid-year Mobile Africa survey conducted by Geopoll.
Last September, Facebook announced that Nigeria had 15 million monthly active users as of June 30 this year, and that all of them use mobiles devices to “like, share and upload content on the social network.”
Ms. Cooke found support from other speakers at the event including Air Vice Marshal Muhammed Yakubu, the Defence attaché at the Nigerian Embassy and Gbara Awanen, who heads the political section of the Nigerian embassy and was represented by Wale Oloko of the economic section of the embassy.

L-R: Dr. Baba Adam; Wale Oloko of the Embassy of Nigeria; Jennifer Cooke; Reed Kramer; Dapo Olorunyomi
Mr. Muhammed, who said he was speaking in his personal rather than in official status, described the proposed media muzzle bill as “dead on arrival.” He however wanted a mental shift in the Nigerian media to focus more on “effective watchdog and oversight responsibilities that will help with the development of the country.”
The air force general welcomed the presence of PREMIUM TIMES in the United States and praised the paper’s “very professional reporting in promoting electoral integrity in Nigeria.”
Mr. Kramer, veteran journalist who is widely acknowledged as one of Africa’s strongest development and policy advocates in Washington, said PREMIUM TIMES will add a strong voice to the interpretation of Nigeria as a strong force for the development of the region, and spoke of greater collaboration between AllAfrica.com and PREMIUM TIMES in the coming year.
Mr. Awanen, impressed at the official presence of the paper in the capital of the United States, asked PREMIUM TIMES to break from the norm of media narratives that are stepped in single-thread narratives of events and do more in-depth reporting and interpretation that will help the country overcome its current security, political, and economic challenges.
Flying in from California for the event, Mr. Adam was most piercing in his call, which drew strong applause, that the media muzzle Bill deserves nothing but scorn, as he urged President Buhari to send early signals that all the effort in the senate will deserve no more than a presidential veto at the end of the day.
Mr. Adam, an influential Nigerian voice in the Washington official corridor said PREMIUM TIMES will bring credibility and value to the important dialogue between American and Nigerian policy priorities for the country and the region.
In his welcome comments, Dapo Olorunyomi, Editor-in-Chief of PREMIUM TIMES offered the vision behind the
Washington DC office, saying “we are doing this for three reasons: first to provide credible and authentic explanations for US Nigeria policy interface; secondly to help amplify the incredibly salutary work that many Nigerians are doing in the United States as a source of inspiration to Nigerians back home; and lastly to build a strong international constituency for the paper in the United States as a second home for perhaps the largest home of educated Nigerian Diaspora.” 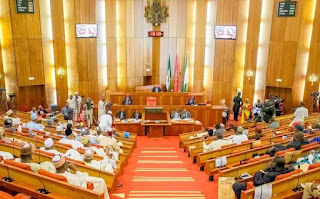