Spanish football authority have kicked Real Madrid out of this year’s Copa Del Rey cup and also fined them for fielding an ineligible player, but they are appealing the decision.

The Rafael Benitez’s side fielded Russia winger, Denis Cheryshev in the fourth-round tie, despite being suspended after picking up a third yellow card in the semi-finals of last season’s competition when on loan at Villarreal, and scored Real’s first goal.

But Real’s coach after realising Cheryshev had been banned removed him from the action moments after half-time, saying they wanted to “show good faith”.
Spain’s football federation said Friday Real Madrid had fielded an “improper lineup” and that the two-match series was settled “in favour of Cadiz”. They have been fined 6,000 euros (£4315) but the 19-time Cup winners have said they will contest the decision.

Their statement, issued on Friday evening, read: “We have received the decision of the competition committee chief and the club has come to the conclusion that it is acknowledged the RFEF (Spanish FA) has not personally notified the player Cheryshev, which is the only way for a sanction to take effect, as per article 41.2 of the disciplinary code.

“Real Madrid confirm it will take the necessary steps and is confident the final verdict will be favourable to the club.” 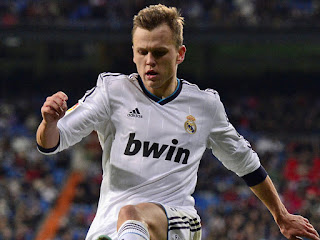