Rivers State Governor, Nyesom Ezenwo Wike has announced that the state government will immortalise the name of former Head of State, General Yakubu Gowon for creating the state and serving as a symbol of national unity.

Speaking at the Government House, Port Harcourt on Saturday when he received in audience Former Head of State, General Yakubu Gowon and the National Officers of Nigeria Prays, Governor Wike urged the former Head of State to continue to play the role of the defended of the nation’s indivisbility and unity.

Governor Wike noted that as a pragmatic leader, he will not wait for the former Head of State to pass away before duly recognising the contributions he made in the creation of Rivers State.

He declared : “Before you leave Rivers State, something will be named after you in order to immortalise your name . It is shocking that no edifice is named after General Gowon in the state years after creation “.

He commended General Gowon for the creation of Rivers State, which has given the people the opportunity to develop and enhance the standard of living of her people.


Speaking further, Governor Wike said : “God is keeping Nigeria today. Without God, Nigeria would have been gone. Every Nigerian created by God should support Nigeria Prays.

“God used you (General Gowon ) to create Rivers. Our administration is anchored on God. With God, we will achieve all our campaign promises we made to the people. For us, the only weapon we have is God “. 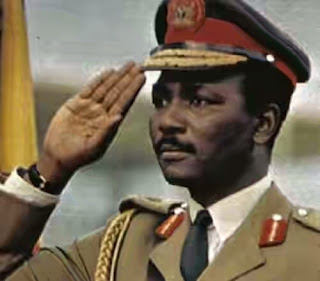