Your Agitations Are Completely Legitimate – Lai Mohammed to Biafra Protesters

The minister of information, Lai Mohammed, has described the agitation by a secessionist group, Indigenous People of Biafra (IPOB), as “completely legitimate”.

IPOB members, who are demanding for the creation of an independent republic named Biafra in the South Eastern region, have increased the intensity of their protest since their leader, Nnamdi Kanu, was arrested.  Last week the protest became bloody with about six people reported killed in Onitsha.

Speaking at a News Agency of Nigeria Forum in Abuja at the weekend, Mr Mohammed said the protests have economic undertones.

He said the country’s politicians should work towards a united nation and refrain from supporting a group that is calling for the break-up of the country.

“In the short term it might be politically fashionable for them to be on the side of some agitators,” he said.

“There are many political frontlines in Nigeria, religious, ethnic and the like, but these things do not come to the fore until when there are serious economic problems, like we are having today.

“I have listened to the complaints of many of these agitators and right down it is economic.

“They must understand too that but for this furtiveness of this administration, this country would have been by far much worse.

“There is need for Nigerians to understand also that these are not ordinary times and that the government is not just making excuses.

“I appeal to our leaders not to exploit this situation to further destabilise Nigerians; our leaders should be courageous enough to come out and defend our unity. “In the short term, it might be politically fashionable for them to be on the side of some agitators but in the long term, it is in the overall interest of Nigeria that we all understand our differences, respect them forge a united Nigeria.

“There will be no alternative to one united Nigeria 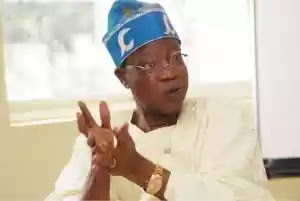