Nigerian Newspapers: 10 things you need to know this Saturday morning 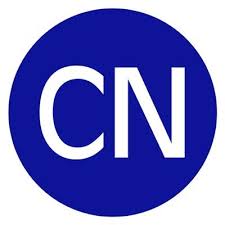 Good morning! Here are 10 things you need to know this morning:
1. The Supreme Court, Friday nullified the election of Senators Stella Oduah and Andy Ubah over pre-election matters. Also nullified was the election of House
Of Reps members from Anambra State. Odua and Ubah are to be replaced by Annie Okonkwo (Anambra Central) and Chris Ubah (Anambra South) respectively.
2. Leader of the Indigenous People of Biafra, IPOB, Nnamdi Kanu, was Friday denied bail by an Abuja Federal High Court. Kanu was sent back to Kuje Prison after the judge ruled against his bail application.
3. The Nigeria Electricity Regulatory Commission, NERC, has said a new tariffs regime for electricity consumers across the country will become effective on Monday, February 1, stressing that the new regime will enable the power distribution, generation and transmission companies to acquire needed infrastructure.
4. No fewer than 10 persons were killed in a bomb blast that occurred inside the grain market in Gomi international market, Adamawa State on Friday. Report says twenty-eight others were injured and taken to different hospitals for treatment.
5. The management of Leadership Holdings Limited, publishers of Leadership newspapers, has reportedly returned the N9 million it received from the Presidency through the Newspapers Proprietors Association of Nigeria as compensation for the seizure of its publications in 2014. This contained in a letter dated January 29 and addressed to the General Secretary of NPAN.
6. Justice Uche Agomuo of the Federal High Court in Port Harcourt Friday granted bail to twenty pro-Biafran protesters. The accused were granted consolidated bail, but each of them must present 2 sureties.
7. Students of the Obafemi Awolowo University, on Friday called on President Muhammadu Buhari to probe the activities of the university’s Vice Chancellor, Prof. Bamitale Omole.
They made the appeal in a message they sent to the President through the Minister of Information and Culture, Alhaji Lai Mohammed, who was at the university to deliver a lecture, titled ‘Nexus between corruption and underdevelopment of Nigeria’ at the University’s Faculty of Arts.
8. Kogi State governor, Alhaji Yahaya Bello has reinstated 15 Local Government chairmen sacked by former Gov. Idris Wada, for decamping to the All Progressives Congress (APC). This was contained in a statement issued in Lokoja on Friday by Bello’s Chief Press Secretary, Mr Kingsley Fanwo.
9. Three suspected armed robbers were on Friday morning burnt to death at Orunu village in Ofu local government area of Kogi. Report says the armed suspects blocked the Orunu-Idah road junction and were about to start their operation when some youths in the area mobilized against them.
10. Former Ondo State Special Adviser on Information Communication Technology, Engr. Tunji Light Ariyomo has joined the governorship race in the State. The politician disclosed this on Friday, saying that he joined the race to make a difference.