The agony of dying before being born

Posted by Unknown On January 30, 2016
Tags
RELATIONSHIP AND LIFE ISSUES

Anthonia Ogoko didn’t feel anything particularly wrong with her sixth pregnancy. It was to be her last, she had decided. When the pains started, she knew something was wrong.
“My babies died inside me before” Ogoko remembers, looking back on memories of distress in the final stages of her pregnancy. “They were twins.” She has stopped having children, but that singular loss has never left her.


In the last 15 years, the number of mothers dying from pregnancy-related causes and children dying in the first 28 days of life has been sliding - but not the number of children losing their lives before they are born.
Last year, an estimated 313,700 infants were stillborn across the country, according to a new series on stillbirths published by Lancet last week. Only India, with 592,100 stillbirths, surpassed Nigeria among 10 countries with the highest stillbirth rates.
Among them, the 10 countries - including Pakistan, China, Ethiopia, the Democratic Republic of Congo (DRC), Bangladesh, Indonesia, Tanzania and Niger - account for two out of every three stillbirths in the world, according to the Lancet study. And there were some 2.6 million stillbirths last year. A global push hopes by 2030, stillbirth rates around the world could fall to just 12 or less per 1000 births.
Some 56 countries, many of them in Africa, will need to at least double present progress in the reduction of stillbirths - which are highest in conflict and emergency areas, noted the study.
The details are in the data, if Nigeria is to accelerate progress toward the “12.” At present, stillbirth numbers are “unacceptably high,” said Dr. Segun Adeoye, programme manager at the Society for Gynaecology and Obstetrics of Nigeria (SOGON).
Despite interim and long-term data, the dearth of quality data has prompted introduction of maternal death review - a no-blame inquiry into any death of any pregnant woman in Nigeria.
At present, the review has been altered to include surveillance and response to baby deaths immediately before and after birth - any death from about 20th week of pregnancy to four weeks after birth.
The review is being piloted in Abuja and Lagos, and will give “more precise and accurate data on why mothers and babies are dying,” said Adeoye. “In all facilities and communities, we will know exactly why they are dying and it will inform decision makers on actions to take,” he added. “The action might not necessarily be something big, it might be just ensuring health workers are at their duty posts.”
Only two out of every three children in the world have a birth certificate, and stillbirths even less, but experts believe it is a “missed opportunity” for better data.
“Stillbirths often go unrecorded, let alone lead to counselling,” said Toyin Saraki, founder of Wellbeing Foundation Africa. She lost one of her twin children and has blamed failures in public healthcare - and then gone on start Wellbeing, which works to improve reproductive, maternal; newly-born, child and adolescent health.
She also co-authored the third report in the Lancet Series, titled ‘Stillbirths: Economic and psychosocial consequences.’
“I was fighting for one life and bewildered how to mourn the other life… People did not know whether to congratulate or commiserate with me,” Saraki remarked.
At least two-thirds of births are in hospitals, but 1.3 million children died during labour last year, according to the report. Dooshima Ochefa’s [not her real name] baby was one - it presented with its foot and, egged on by her birth attendants, she continued to push. Distressed, her baby died, still tucked in her womb.
Margaret Hassan had taken herbal remedies prescribed by her traditional birth attendant and going into labour was extra pain.
“She was tired,” Chinomso Ibe remembers as a midwife. “We listened, and the baby was gone. We had to induce her to deliver the baby.”
Ibe has gone on to start Traffina Foundation, which encourages women to attend antenatal clinics and give birth in hospital, al 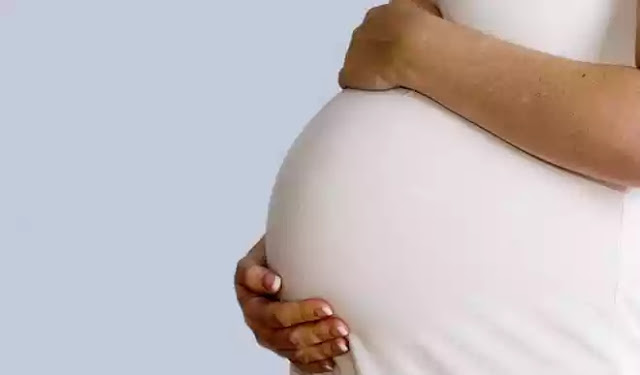